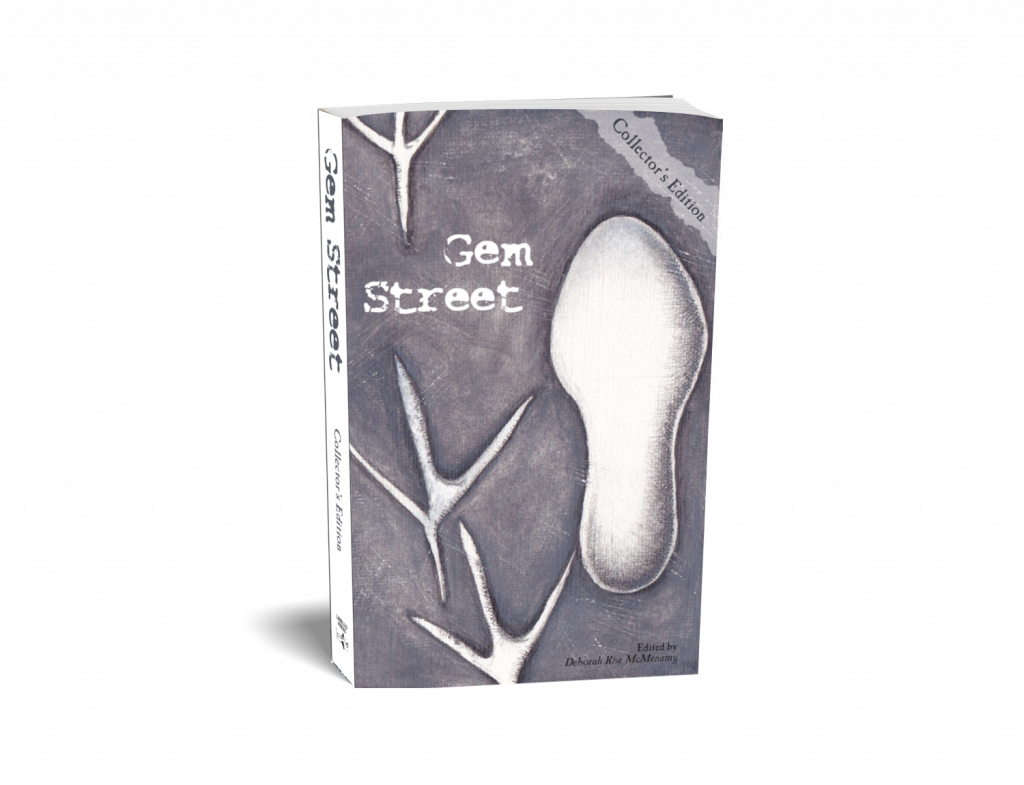 The 15 stories that form and give life to this year’s special Gem Street: Collector’s Edition have been selected with great care for their elegance and polish, their powerfully moving messages, and lasting emotional impact. 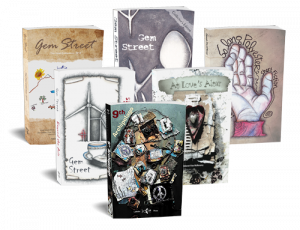 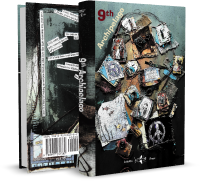 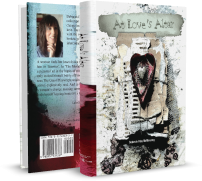 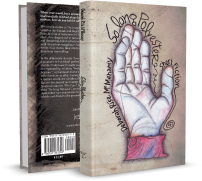 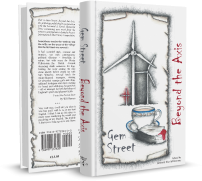 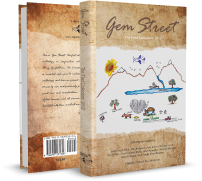 The following 3 stories have been placed as follows:

This year four Gem Awards have also been given to the following stories for capturing our imaginations. To new writers Will Haynes for his politically imaginative story, The People’s Republic, the Diamond Award , and to Ruth Geldard for her story about a young girl’s traumatic inaugural journey The Parrot Dress, the Sapphire Award. The Emerald Award goes to the quirky Princess and the Puppy Thief by Maggie Veness, where revenge and chiffon in the art world have never been such close allies and to Catherine McNamara’s moving Magaly Park, the Ruby Award.

For his brave tackling of dark secrets in the longer form of short fiction, we congratulate P.W. Bridgman for But No, Nothing; John Murphy for Tystnaden and for satisfyingly unsettling us, we recognise Eilidh Nisbet and her story The Cauldron, a disturbing myth which has an irreversible impact on a hiker’s life.

For his humourous tale of negotiations outside an American Bank in Singapore, Snake Charmed by Stephen Evans Jordan, and Paul Burns’ story of a young woman’s attempts to navigate through a world of madness and fetishes Beholden, Thomas Pitts for his rant on higher education, Typical and Stephen Dineen’s near miss in London, Sirens’ Song, and finally the poignant Father Figures by Martin Tyrrell.

When you purchase 5 or more of our titles you will receive a 10% discount. 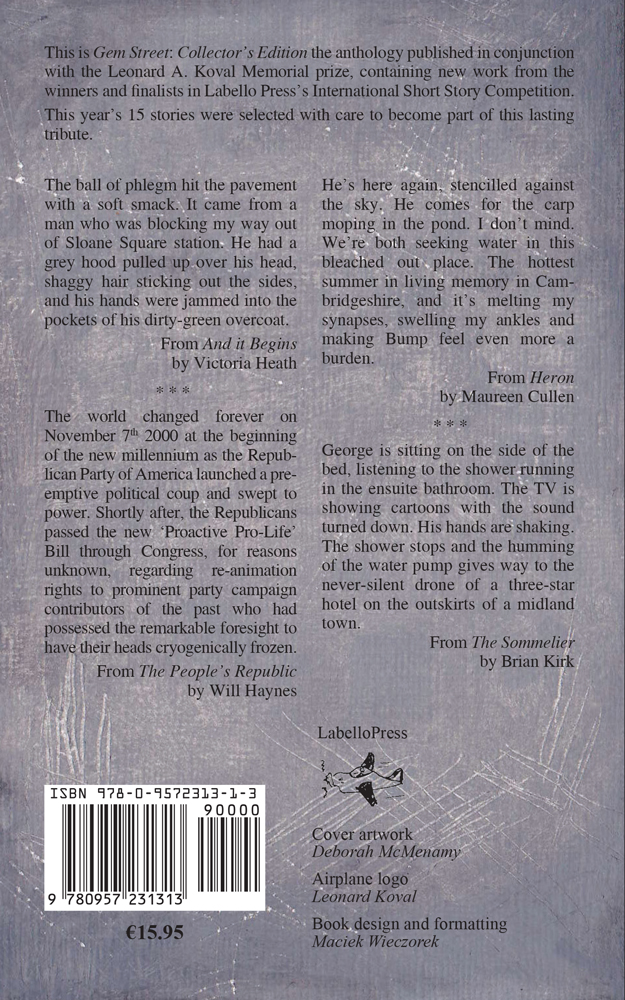