Created as a memorial to my father following his sudden death in 2011, Labello Press publishes books in traditional print only.

We are committed to and passionate about this. You won’t find our titles listed with any of the usual online distributors. Handing over 60% plus isn’t our thing. We work incredibly hard to produce unique and high-quality books and as a result, they are only available from this website.

Please help support our independent efforts by purchasing one of our titles. Thank you for keeping books in print. 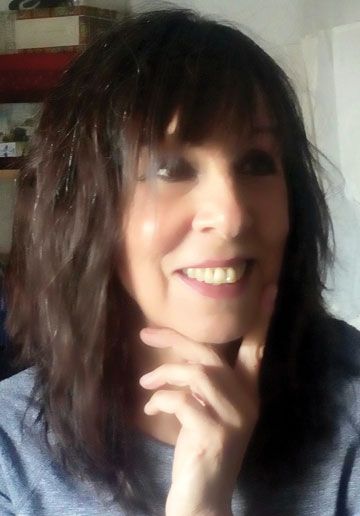 About the Executive Editor

Her award-winning story ‘Love, Like Stew’ was first published in the anthology, Best New Writing 2011 and nominated for the Pushcart Prize. She was short-listed in the Dublin Review of Books 2011 Flash Fiction competition and received an Honourable Mention from Glimmer Train. In 2014, her first short story collection ‘So Long Polyester’ won the Eric Hoffer Da Vinci Eye Award. Her second collection ‘At Love’s Altar’ was published in 2020.

Labello Press was launched as a Memorial to her father who died suddenly in 2011. At that point, she stopped submitting her own work for publication in order to focus on International Short Fiction Competitions and publishing anthologies containing the work of new and established writers.

Deborah has worked extensively as an editor with writers on single and short story collections and as an Artist-In-Schools and with youth groups on a variety of environmental awareness projects. As a playwright she wrote, directed and produced Children’s musical dramas, including ‘Pimlico Chase and the Smallest Biggest Difference’, which was performed at the Excel Theatre in Tipperary. She worked as an artist on the film set of the original Pet Semetary.

A former business columnist with The Kilkenny People and freelance business writer, she has worked as a public speaker on topics such as Innovative Business Development and Creative Thinking. As partner in Nova Innovative Consulting, she developed and delivered a wide range of Training and Development Programmes.

She holds a degree in Advertising Design and honed her fiction writing skills by studying with author Henrietta Soames and attending Creative Writing Master classes in London.